On behalf of organizers, we cordially invite you to take part in the IV edition of the international scientific seminar on transatlantic issues! Transatlantic Workshop is a seminar on the European Union and the United States of America relationship. Currently, we are mainly concerned with the question of whether Europe together with the US is able to create and strengthen mutual economic and commercial relations in difficult and turbulent post-pandemic times.
END_OF_DOCUMENT_TOKEN_TO_BE_REPLACED

Between end of May and the beginning of August the Summer School program has been held at Collegium Civitas. 44 students from the U.S. visited Warsaw for five thematic courses devoted to security and history.

This year we offered the following courses: “Security Issues in Central and Eastern Europe”, “CEE: Road to Democracy”, “Terrorism and Hybrid Warfare” under auspices of the Terrorism Research Center, “Between Hitler and Stalin” organized in cooperation with the World War 2 Museum in New Orleans and “Jewish Heritage”.

The courses held for the American students at Collegium Civitas were led by academics and practitioners with outstanding career records. Students had a chance to discuss ideas, raise important questions and had networking opportunities.

The participants in the course “Jewish Heritage” had the unique opportunity to meet with witnesses to history. It was a great honor to welcome to Collegium Civitas Mr. Marian Turski, a Holocaust survivor and long-time journalist for “Polityka” weekly and Mrs. Stanisława Roztropowicz – one of the Righteous Among the Nations.

During the courses held in June,  around the 30th anniversary of the fall of communism, the participants had the chance to meet with Mrs. Grażyna Staniszewska – former deputy to Polish and European Parliament and Solidarity leader in the Podbeskidzie region, Prof. Leszek Balcerowicz – the author of the Polish economic reforms of 1989, former U.S. Ambassador to Poland Mr. Stephen D. Mull, former Polish Minister of Defense and spokesman for Solidarity Dr. Janusz Onyszkiewicz, Head of the Chancellery the President of the Republic of Poland 2010-2015 and one of the Solidarity members Mr. Jacek Michałowski, Dr. Alma Kadragic – American journalist who led the Warsaw office of ABC News in the 80’s. The Polish-American Freedom Foundation Program Director Mrs. Renata Koźlicka-Glińska presented initiatives aimed at sharing the Polish experience in various aspects of transformation with partners in Eastern Europe, the South Caucasus and Central Asia. And the legendary Polish musician Mr. Zbigniew Hołdys spoke with the students about the role of rock music under communism and struggles against censorship. 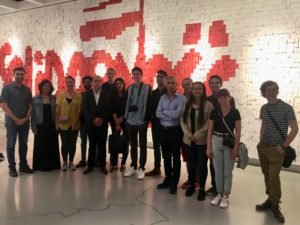 At the European Solidarity Center with the ECS Director Mr. Basil Kerski. 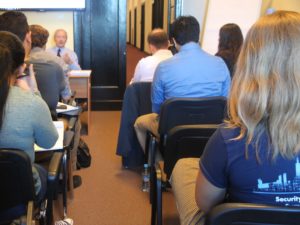 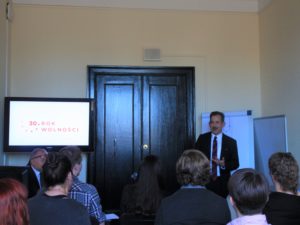 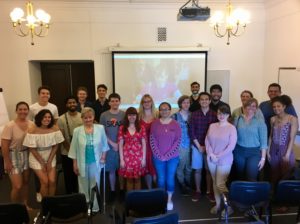 Meeting with Mrs. Grażyna Staniszewska about the Round Table talks and the elections of 1989. 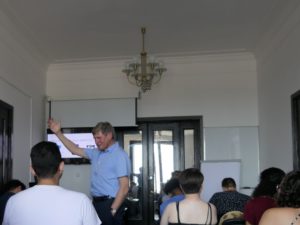 Prof. Leszek Balcerowicz spoke about the economic transition from communism to capitalism. 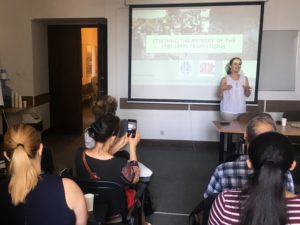 The Summer School schedule was structured in a way which would allow students to immerse themselves into Polish culture with pre-organized visits to museums, institutes, concerts, as well as carefully planned educational travels to Cracow and Gdańsk. In addition, the participants visited Berlin where they learned more about the history of the Cold War. 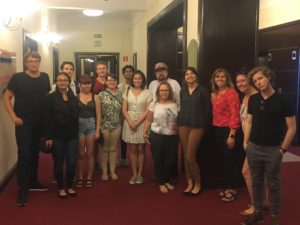 The students with Mr. Zbigniew Hołdys, founder of the famous Polish band “Perfect”. 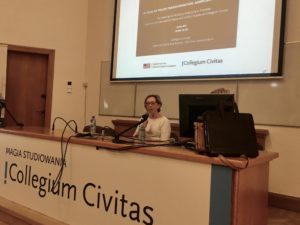 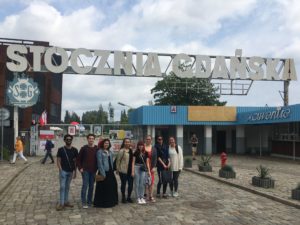 Participants in the course “CEE: Road to Democracy” with the Summer School Director Dr. Katarzyna Maniszewska.

Each course takes 3 weeks and the majority of the 44 participants stayed at Collegium Civitas for two consecutive courses. The Summer School courses have already finished, and most of the participants are already back to the U.S. However, 11 students stayed in Warsaw for internship programs – at the Terrorism Research Center at Collegium Civitas and the POLIN Museum. In result of the internship at the Terrorism Research Center the second part of the book “Security and Society in the Information Age” will be published, containing papers written by the interns and experts on security issues. You can download the first part (feat. papers by 2018 interns) at: Security_and_Society_in_the_Information_Age.

The internship program ends on August, 3 and on August, 1 the students will have the chance to participate in the commemoration of the 75th anniversary of the Warsaw Uprising.

For more information about the Summer School program “Security and Society in the Information Age” please visit: www.securityandsociety.org