On behalf of organizers, we cordially invite you to take part in the IV edition of the international scientific seminar on transatlantic issues! Transatlantic Workshop is a seminar on the European Union and the United States of America relationship. Currently, we are mainly concerned with the question of whether Europe together with the US is able to create and strengthen mutual economic and commercial relations in difficult and turbulent post-pandemic times.
END_OF_DOCUMENT_TOKEN_TO_BE_REPLACED

On December 13 the Ambassadors of The Republic of Indonesia, The Socialist Republic of Vietnam, Republic of The Philippines and Charge d’ Affairs of the Royal Thai Embassy met at Collegium Civitas for the seminar “The Progress of ASEAN Economic Community”. Our students were there and wrote short reports of the event.

On December 13 the Ambassadors of The Republic of Indonesia, The Socialist Republic of Vietnam, Republic of The Philippines and Charge d’ Affairs of the Royal Thai Embassy met at Collegium Civitas for the ASEAN Economic Community Progress Seminar.

Collegium Civitas, as one of the leading examples in creating international education environment, this time in cooperation with the Embassies of The Association of Southeast Asia Nations (ASEAN) provided an overview about the progress of ASEAN for students, representatives of NGOs and experts. After the welcome address by the Rector of Collegium Civitas, Professor Stanislaw Mocek, each Ambassador presented the following main points:

The Ambassador of Indonesia to Poland, Mrs. Mauludiah provided the initial information about ASEAN. Since its establishment in 1967, ASEAN economic community has been growing. The ASEAN Economic Community is currently the 3rd largest economy in Asia and 5th largest economy in the world. Mrs. Ambassador addressed the economic achievements of region and emphasized the future optimistic agenda for a more intense relation between ASEAN and the European Union, targeting progress in Free Trade Agreement and other forms of cooperation.

The Ambassador of Vietnam to Poland, Mr. Vu Dang Dung, addressed the importance of learning lessons from other international organizations such as the EU. Ambassador The Ambassador hopes for stronger relations and enhanced connection to the global market (trade agreements with the EU would allow for free flow of goods, investment, capital and movement of skilled-labor).

The Ambassador of The Philippines, Mrs. Leah M. Basinang-Ruiz, presented the level of ASEAN-The EU progress of cooperation and the prospects for the ASEAN-EU Free Trade Agreement. She mentioned that the EU already acceded the Treaty on Amity of Cooperation in Southeast Asia back in 2012, that put ASEAN as one of the EU strategic dialog partner. She concluded her presentation by pointing out that the EU is the largest source of Foreign Direct Investment (FDI) in ASEAN countries.

As the moderator to seminar, Vice-Rector for International Relations, Dr. Katarzyna Maniszewska close the event with an interactive Q&A session that engaged keynote speakers and international students of Collegium Civitas. The discussions were continued during networking lunch with delicious ASEAN cuisine provided by the Embassies.

“ASEAN conference in Collegium Civitas, Warsaw: ASEAN united behind a further integration of the bloc internally and into a global web of partners”
By: Cedric Lüders, Collegium Civitas student

During a seminar hosted at Collegium Civitas on December 13, the chief diplomats of Indonesia, Vietnam, the Philippines and Thailand in Poland were discussing the Progress of the ASEAN Economic Community and its international partnerships. As the dialogue within the Association of South-Eastern Asian Nations (ASEAN) intensifies in the aim to increase connectivity and building a common market after the example of the EU, its move to connect the two blocs through a free-trade agreement are progressing slow and are mostly running on a bilateral level.

During the event hosted by Collegium Civitas in cooperation with the ASEAN embassies in Warsaw, the Ambassador of Indonesia, the Ambassador of Vietnam, of the Philippines and the Charge d ‘Affairs of Thailand presented each one facet of the future prospects of the economic bloc. In the conversation and the engagement of the audience, the relationship of ASEAN to the European Union was of major concern. Although the two blocs started a dialogue already in 1977, the cooperation is mainly facilitated by ministerial meetings and an increasing engagement in cultural exchanges. Currently the EU is ASEAN’s second largest trading partner and the top investor in the region.

From the economic point of view, an envisioned free-trade agreement was halted on request of the EU in favor of bilateral trade talks between the EU and the ASEAN countries individually. This year, a free-trade agreement was reached with Singapore and Vietnam, last still has to be ratified. Both countries make up about 45% of EU-ASEAN trade volume, while Indonesia, Malaysia, Thailand and the Philippines combined 50% of the inter-bloc trade volume. The ambassadors expressed their hope that the European Union will resume talks with the ASEAN as a bloc, which was the initial plan of the 2009 starting free-trade negotiations. The EU through the external action service is of opinion that human rights abuses in some of the states and the heterogeneous economies in the ASEAN are reason for country-specific trade negotiations. Therefore, it is to be seen whether the EU will resume multi-level free-trade negotiations with the ASEAN secretariat.
The ASEAN ambassadors were referring to the progress in external relations through free-trade agreements with Australia, India, New Zealand, South Korea and Japan.

The strengthening of international ties is the core of the current ASEAN agenda, that includes three pillars of ASEAN integration: political security, economic cooperation, social and cultural exchange. In the domestic affairs, the ambassadors put emphasis on the increase in connectivity. This plan to connect the 10 member states includes infrastructure projects, institutional connectivity and the connections among people through the area. As part of that, an Air Transport Agreement is currently under negotiations aiming to connect ASEAN and the EU, as the first bloc-to-bloc agreement of its kind.

Beyond the economy there were also the questions and concerns of people that were raised during the conference. Students, which were in large numbers represented by foreign students coming from the ASEAN and studying in Poland, raised the question on the benefit a potential intensified cooperation with the EU can bring for students and the peoples exchange. The freedom to travel, the impact of tourism and the academic exchange were of concern.

“In ASEAN we have 1300 meetings annually, we are a community of dialogue”, Her Excellency Mrs. Siti Nugraha Mauludiah, the Ambassador of the Republic of Indonesia said. It is to be seen how the ASEAN and its international partners turn the dialogue into actions that improves the lives of its citizens. 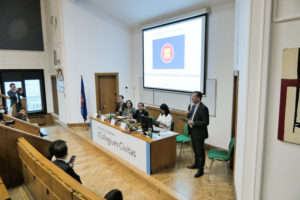 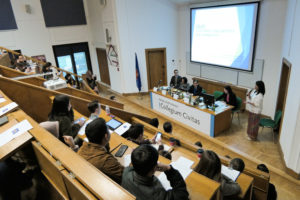 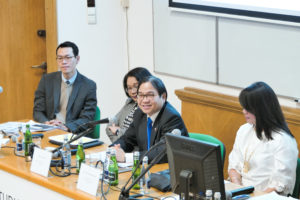 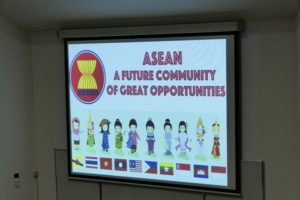 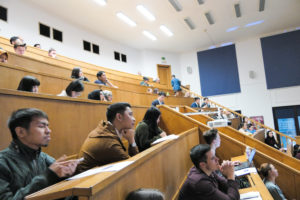 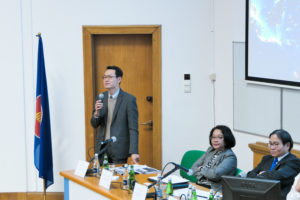