On behalf of organizers, we cordially invite you to take part in the IV edition of the international scientific seminar on transatlantic issues! Transatlantic Workshop is a seminar on the European Union and the United States of America relationship. Currently, we are mainly concerned with the question of whether Europe together with the US is able to create and strengthen mutual economic and commercial relations in difficult and turbulent post-pandemic times.
END_OF_DOCUMENT_TOKEN_TO_BE_REPLACED

Collegium Civitas Professor Rafał Pankowski is enhancing the academic cooperation in South-East Asia. This summer Prof. Pankowski was invited to the prestigious Chulalongkorn University in Bangkok as Visiting Professor. Prof. Pankowski visited the university again in November on his way to the Asia-Europe Meeting (ASEM).

On 5-8 November Professor Pankowski‎, who is the co-founder of ‘NEVER AGAIN’ Association, shared the association’s experiences at the Asia-Europe Meeting (ASEM) Seminar on Human Rights and Preventing Violent Extremism held in Yogyakarta (Indonesia). The ASEM is a forum for dialogue and cooperation established in 1996 to deepen relations between Asia and Europe. Members include 53 countries from both continents. 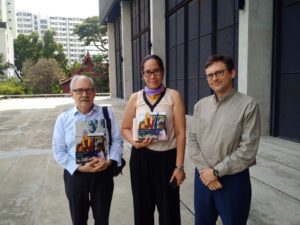 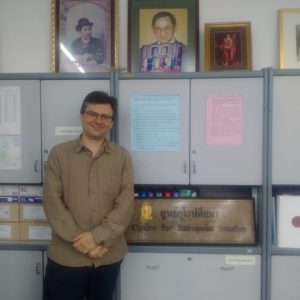 Prof. Pankowski was a Visiting Professor at the Centre for European Studies at Chulalongkorn University. 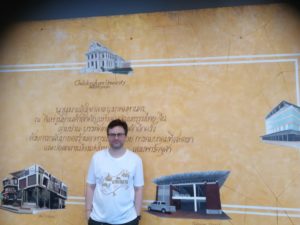 Chulalongkorn University is the best university in Thailand.

Rafal Pankowski is an Associate Professor at Collegium Civitas. He has served as deputy editor of ‘Nigdy Wiecej’ (Never Again) magazine since 1996. He has published widely on racism, nationalism, xenophobia and other issues including the books ‘Neo-Fascism in Western Europe: A study in ideology’ (Polish Academy of Sciences, 1998), ‘Racism and Popular Culture’ (Trio, 2006), and ‘The Populist Radical Right in Poland: The Patriots’ (Routledge, 2010). He currently works as a lecturer at Collegium Civitas and head of the East Europe Monitoring Centre established by the ‘Never Again’ Association. Pankowski received his MA in Political Science from Warsaw University (he also studied at Oxford University as an undergraduate) and his PhD and Habilitation in Sociology of Culture from the University of Warsaw, Institute of Applied Social Sciences.